It was a record breaking evening on Sunday 18th October for The Billy Stud as bidders from across the globe tuned in for the Elite Auction.

Unsurprisingly it was the British National 6 year old Champion, Billy Masai who was the top price of the night at £92,000. Billy Masai will be heading for the USA to be ridden from the same stable as his father Billy Mexico!

“We are delighted to have secured Billy Masai! I have had great success with Billy Mexico and was immediately attracted to Masai because of the family connection! I look forward to his arrival and look to continue his success over here!”

Another horse leaving the UK is Billy Seymour who will now be seen with Swiss partnership Tiffany Skaanild and Charlotte Fievet after their successful bid of £72,000 for this 6 year old mare by Billy Congo.

The 4 year old Contendro I x Cevin Z stallion Billy Tiberius wasn’t far behind the top price of the night, securing £90,000, he will remain in the UK. Billy Eldorado, another 4 year old, will also be staying in the UK with £25,000 being the winning bid on this son of Billy Mexico.

Nick Ward from Haddon Farm ended the evening as the new owner of Billy Bakewell as the hammer fell at £55,000.

“I couldn’t have asked for more! Well, I could but some may say thats greedy!!! On a serious note, I am delighted at how well all of these horses sold in the current climate and also that they have been bought by people who will continue their development in the sport - I expect to see great results from these new combinations.” William Funnell

Full details of all the auction horses can be found at www.thebillystudauction.co.uk 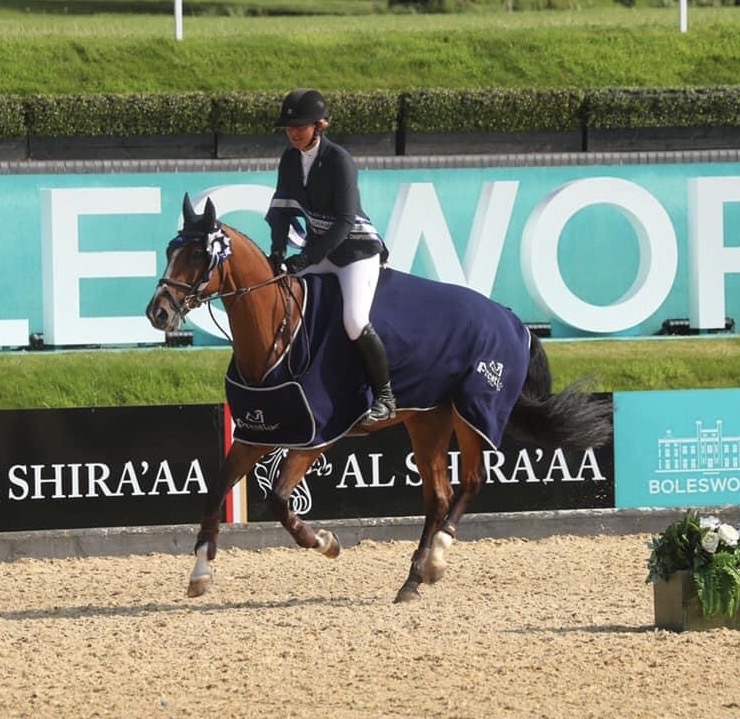