A record breaking evening at the billy stud online auction!

A record breaking evening at The Billy Stud Online Auction!


It was an evening of celebrations as The Billy Stud Online Auction broke their previous auction record when the 4 year old Billy Flip Flop (Cicero x VDL Cardento) sold for an incredible £105,000!

“The quality of the horses in this auction was clear to see and I’m delighted that bids were coming in from all around the world. To breed and produce these horses to a standard that attracts such interest is very satisfying.” William Funnell

Cherry Finlan is the proud new owner of Billy Flip Flop but she didn’t stop there - she also adds Billy Pumbaa (Billy Tudor x Billy Congo) and Billy Tequila (For Pleasure x Cevin Z) to her stable. We are delighted to announce that these horses will be heading to Holly Smith to continue their education.

The Clarke Family were the successful buyers of the much sought after Billy Majorette (Toulon x Billy Congo). This lovely gelding attracted a lot of attention but it was a bid of £80,000 that secured him. Billy Romantic (Billy Tudor x Lux Z) will be joining Billy Majorette with the Clarke’s, as the hammer fell at £36,000 giving them their second purchase of the evening.

John Leggott made a fantastic investment for the future when buying Billy Heinz (Billy Mexico x Vechta) for £39,000 for a British young rider. Finally, it was a British based syndicate that paid £31,000 for Billy Outspoken (Billy Tudor x Vechta).

William concludes “When we established The Billy Stud it was our aim to improve the standard of horses available in the UK and to show that you don’t need to travel abroad to buy the best quality. Saturday night was definitely a highlight for us as a team and the promotion of British breeding!” 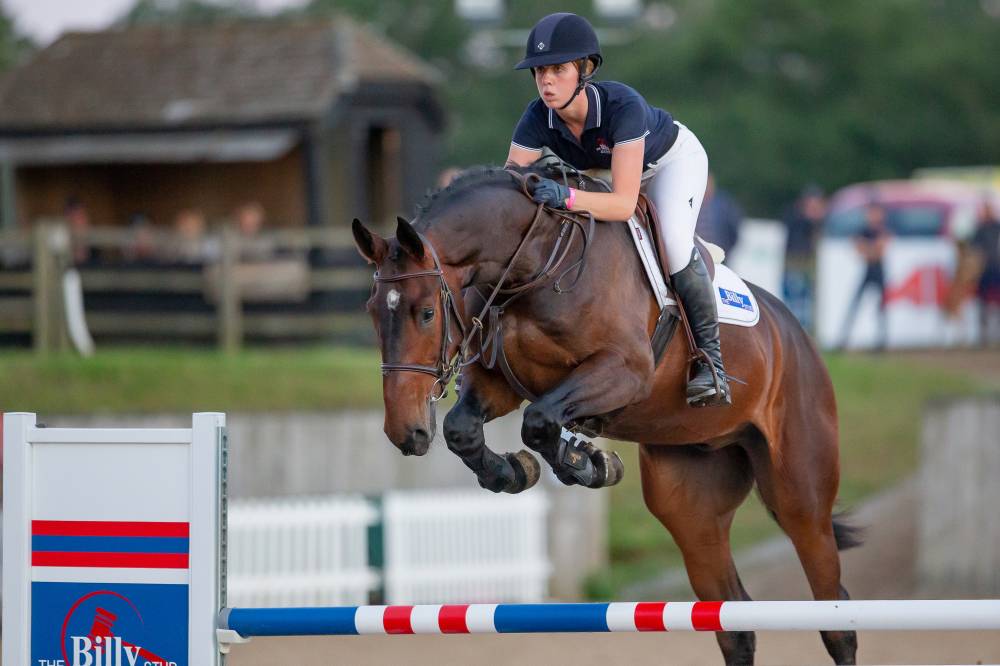